I’m just going to come out and say it – gels are pretty amazing. 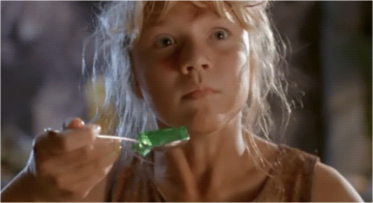 No, not this kind…

I mean, sure, Jell-O or Jelly is pretty great too, but I’m talking about the gels used in conservation and my new favorite gel – Agar.

If you’ve done some lab work you’ve probably come across Laponite RD (a synthetic clay), Carbopol (a carbomer resin), or Cellulose Ethers like Methyl Cellulose or Sodium Carboxymethyl Cellulose being converted to gels for cleaning techniques involving water, solvents, or other cleaning agents.

Gels are useful because they minimize the total amount of solvent or water needed for a treatment by slowing the rate of evaporation and maintaining good contact with the surfaces targeted for cleaning – this is good for you, the environment and the object. In some circumstances gels can also have a poulticing effect and are capable of absorbing a portion of the materials they solubilize or soften.

Aside from potential chemical interactions, a big consideration with gels is how easily you can remove them once they have worked their magic – a process known as ‘clearance’. With some gels this might be particularly problematic, especially when used on very rough or porous surfaces. Not all gels are the same though and you need to do some research.

But here’s where my new favorite material comes in – enter, Agar gel.

If you look into the literature you might be surprised to see the wide range of materials it has been used to clean, including: wax sculptures, marble, gypsum plaster, ceramics, wood, and textiles. Anecdotal reports from our peers currently undertaking work placements have also noted its growing use within museums, especially for surface cleaning on limestone.

The beauty of the gel is that it’s capable of slowly releasing water in very small amounts, which means that it can be used to remove or soften water-soluble materials without overly saturating a water sensitive surface. Unlike other commonly used gels, the rigid gel formed by Agar is extremely easy to remove in a single piece and leaves no visible residues behind. This minimizes the amount of mechanical action needed to clear the gel. You should be aware, however, that at least one study has identified trace amounts of polysaccharides within cleaned materials analyzed with GC-MS.

Personally, I have found it to be a promising material for softening and removing proteinaceous glues in situations where excessive amounts of water or heat would be problematic for the object being treated – as is the case for bone and wood.

It’s definitely worth experimenting with, even if you don’t currently have a use for it. While purified agarose can be purchased online, food grade Agar is much cheaper and can be purchased from higher end grocery stores. Even some high profile cleaning projects have gone with this cheaper alternative. I’ve been using Clearspring® Agar Flakes.

Try making a 2% w/v gel by adding 2g of agar flakes to 100ml of boiling water and a allowing the solution to cool within a flat container. The resulting sheet can be cut into whatever shapes you need and will keep in the fridge for a week or more depending on the cleanliness of your equipment and how often you open the container.

Unfortunately, these tidy little sheets only work well on flat surfaces. As an alternative, the semi-cooled solution can also be placed in a plastic syringe and extruded just before gelation occurs, allowing the gel to better conform to complex surfaces. This takes some practice and familiarity with the material but can be very effective.

Direct application of the gel near its ‘sol-gel’ transition temperature.

Finally, you can also experiment with forming the gel around other materials as I did with natural fiber strings. The string can be repeatedly dipped in and out of the warm solution until a thick coating is formed around the fibers. Strings with looser twists and greater surface area work best. This gives the gel a support structure and made handling and removal even easier. Possible applications could be for disassembling narrow joins or lying over curvilinear shapes.

Non-dyed, natural fiber strings used as ‘scaffolding’ for the gel

Hopefully this has been helpful and got you excited about exploring Agar gel further. It might be a good alternative to consider the next time you have to remove proteinaceous glue from a fragile or water sensitive surface.